Feet First Sound was created in 2008 by Foley supervisor, editor and artist Barnaby Smyth. It was formed to produce high quality Foley for film, television and advertising.

In January 2016 The Laundry Foley Studio opened in Coggeshall, Essex, just 50 minutes from London. A state of the art Foley stage and sound-editing facility. Feet First Sound have brought on board Foley engineer Keith Partridge to help run The Laundry. Keith worked for many years at post house Hackenbacker’s foley studio in west London. Barnaby and Keith have formed a special recording chemistry and a great understanding of what makes the best sounding foley. This partnership has led to three Primetime Emmy nominations.

A shell of approximately 1000 square feet was constructed inside the existing warehouse, leaving generous storage space all around the studio for the vast array of props.

There are many different surfaces to choose from including the original solid concrete warehouse floor and a 5.5 square metre bespoke oak floor (boards constructed of 200-year-old French oak beams). This has the capability to produce varied tensioning to give a range of sounds from rickety old house, to plush stately home.

An incredibly quiet record chain is achieved with an Audient 4816 console with 16 of its famous Class A mic preamps, musical 4 band EQ and a range of high end mics, including Sennheiser MKH 20,40 and 60s, DPA 4060s and Rode NT2A and 2000s.

Upstairs there are rooms to relax in between sessions. 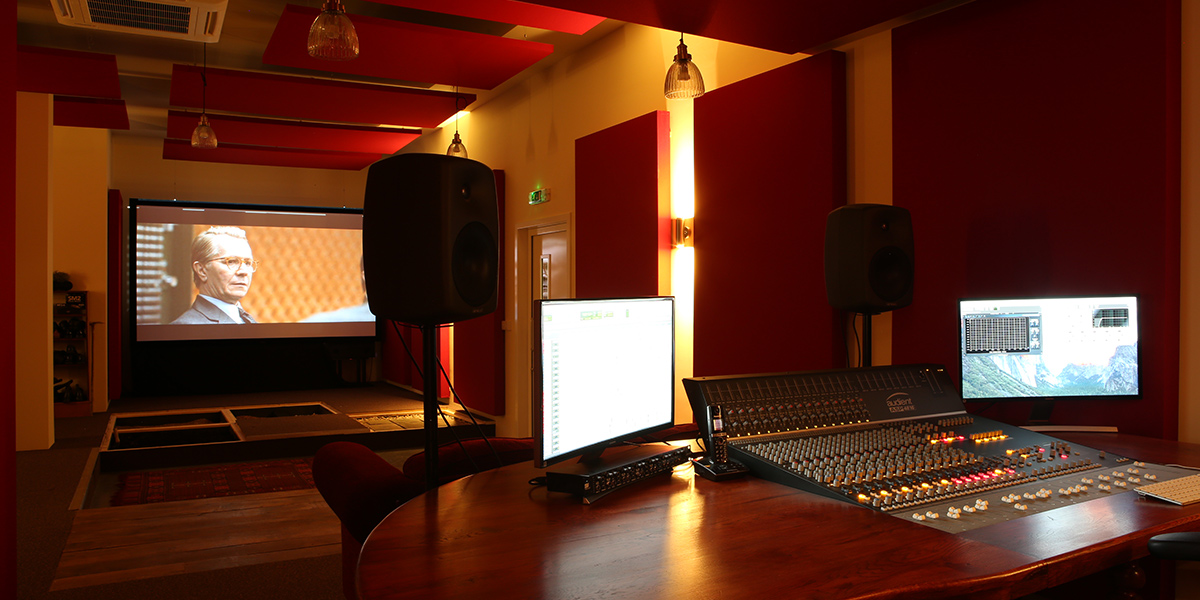 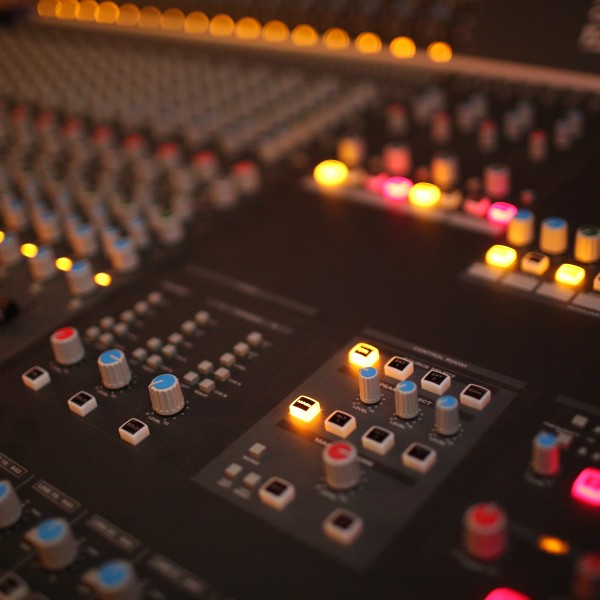 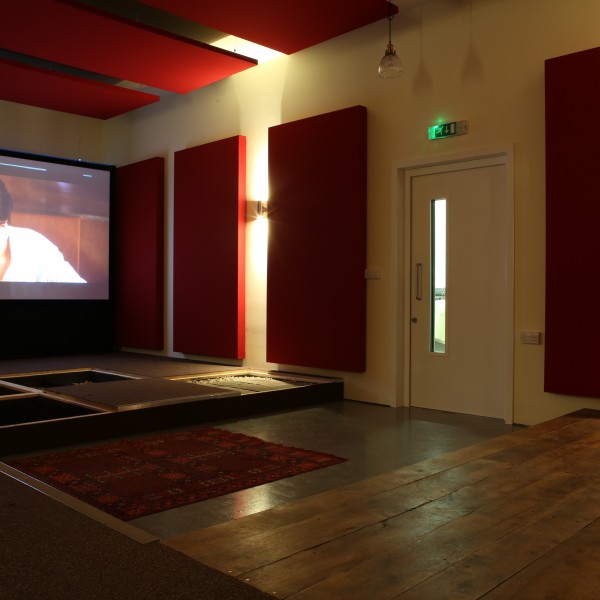 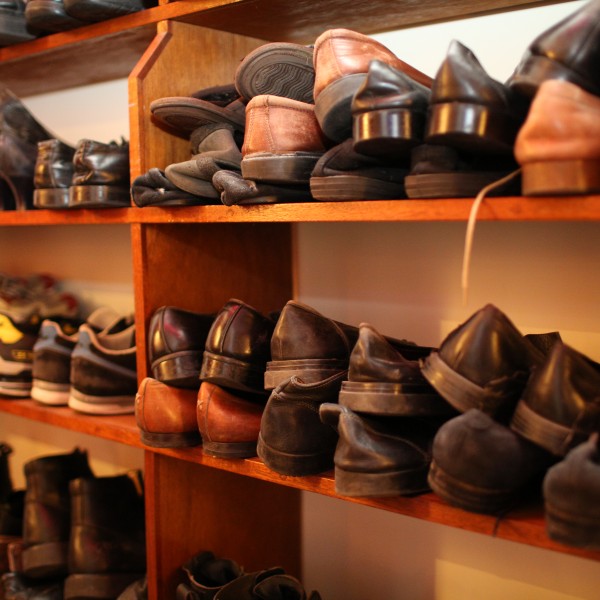 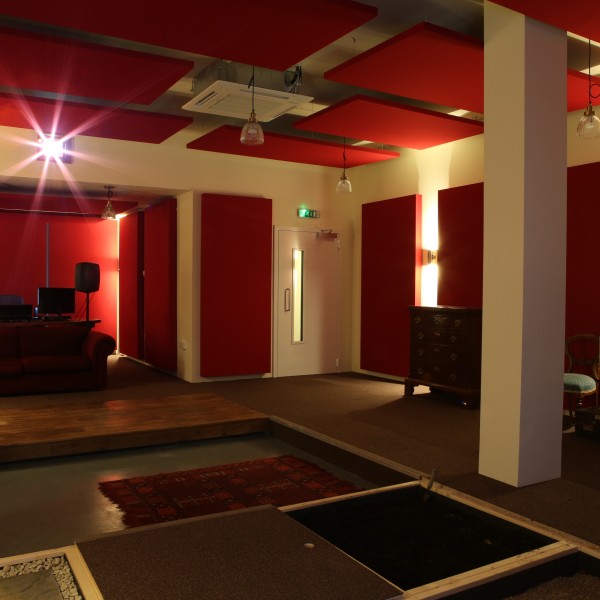 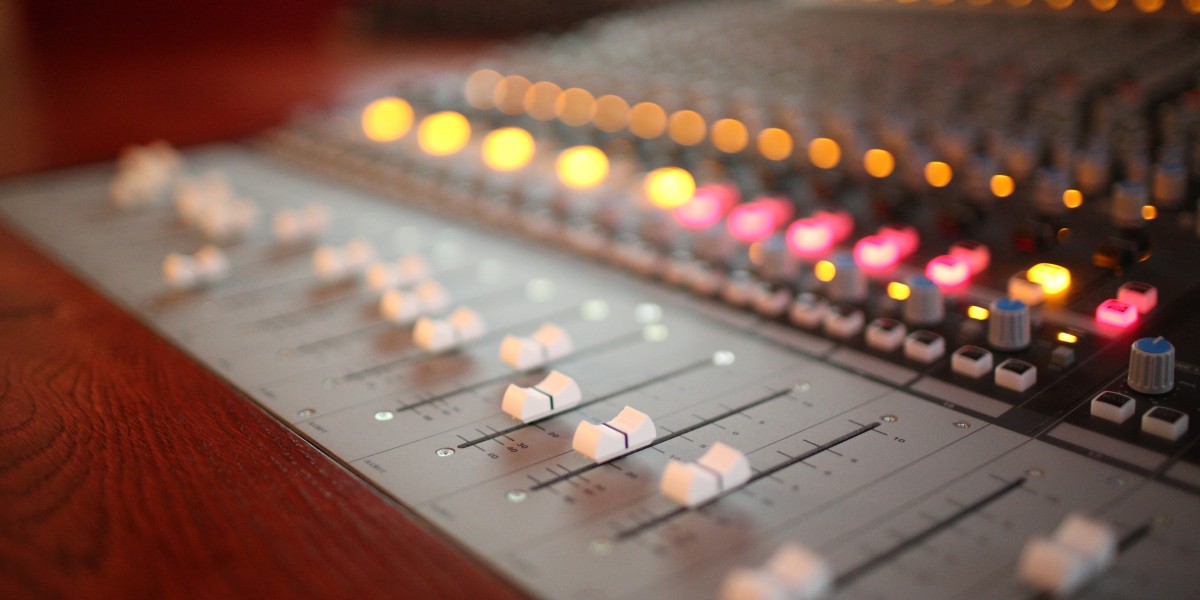 The Wheel of Time

Woman in the Window

After graduating from Bradford University in 1996 with a BSc Hons degree, Barnaby worked at Videosonics in central London from 1997 where he learned every aspect of sound post production. Barnaby was a dubbing assistant, ADR recordist/editor, dialogue editor, FX tracklayer and finally found foley was where his real passion lay.

Barnaby was initially a foley engineer and editor, but he added to this by becoming a performer of his own foley. Barnaby has now been a foley artist for over 15 years and combines expert performing skills with technical and engineering expertise, which puts him in a unique position in the industry. For all Feet First’s projects Barnaby will perform and supervise the foley, before undertaking the editing. This clear workflow has huge advantages for time efficiency and for achieving exactly the sound Barnaby envisages for each scene.

Barnaby has worked on a large number of major television and film productions, including Downton Abbey; This is England 88; Jane Eyre; Tinker Tailor Soldier Spy; Pan; Suffragette ; The Night Manager and many more. He received an Emmy Nomination for his work on The Night Manager.

In recent years, Barnaby has added to his repertoire by taking part in media and theatrical events. Barnaby has appeared several times on BBC Radio 4’s The Film Programme to discuss aspects of foley recording and his latest foley projects; he has been involved in live foley talks and demonstrations before large audiences (The Sound of Story and The Story); and he has performed in theatre and opera, in The Hush at the National Theatre and The Crackle  at the Royal Opera House.

Live performance has given Barnaby’s foley artistry a different energy and insight into how to deliver sounds that an audience can understand and appreciate.

Keith graduated from Staffordshire University with a degree in Music Technology in 2007. He began his career in post production as a runner in Soho before progressing quickly to foley engineering at award-winning post house Hackenbacker in 2008. Keith successfully ran the foley studio for seven years and picked up two Primetime Emmy Nominations for his work on Downton Abbey and Any Human Heart.

Keith has been responsible for recording and supervising various projects including BBC’s Musketeers and Dickensian, and ITV’s Thunderbirds Are Go.

Keith has worked with the top UK Foley artists, across television, film and video games. His film credits include, We Need To Talk About Kevin, Les Miserables, Tinker Tailor Soldier Spy, and most recently, Suffragette.

Keith’s obsession with trawling car boots and charity shops has filled the studios he’s worked in with an array of quirky and interesting sounding props, and he is always on the look out for additions to his ever-growing collection. As well as the technical aspects, Keith also enjoys the creative nature of foley, and, with a keen ear, relishes experimenting in order to create the perfect sound.